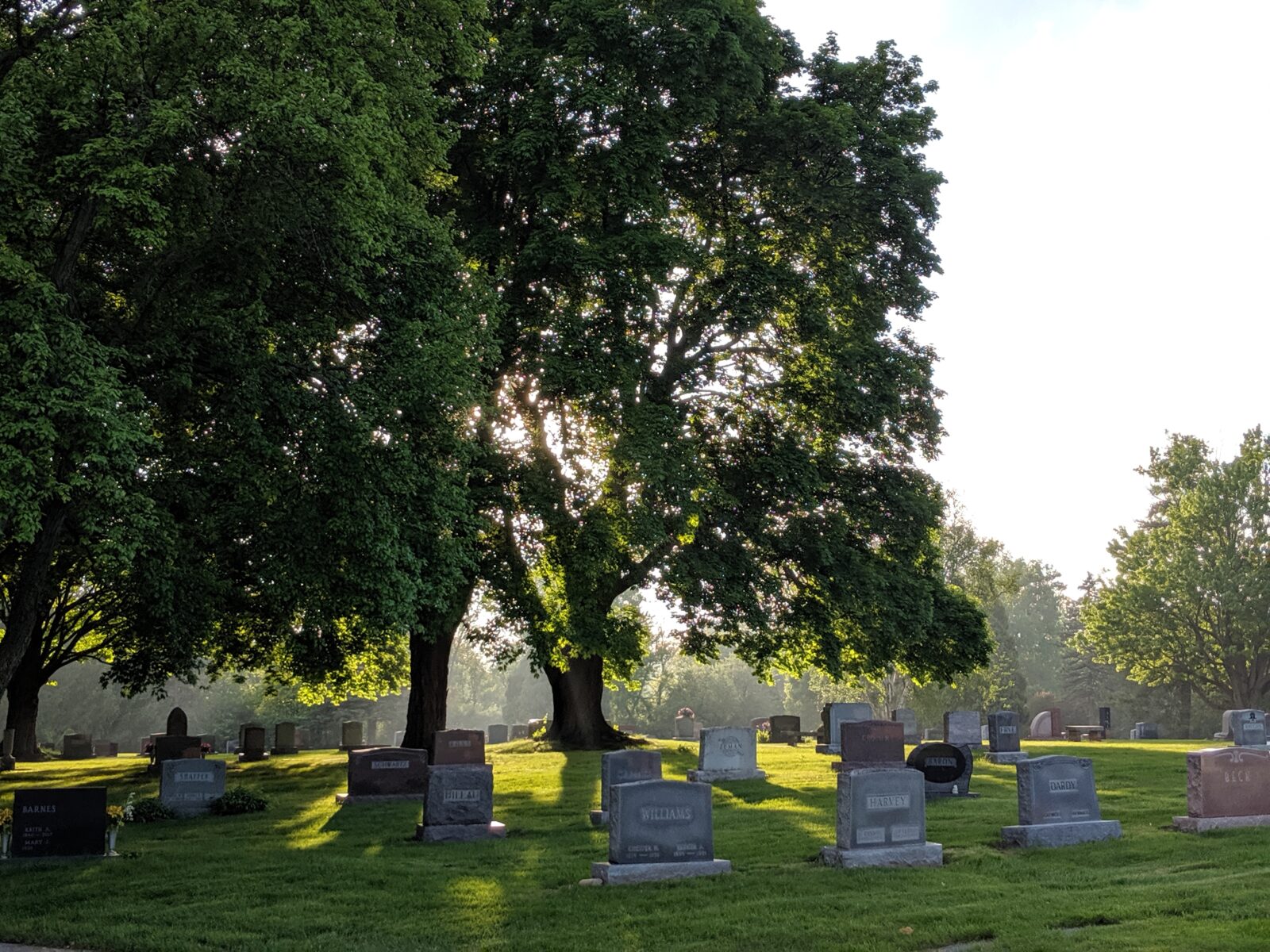 In November 2021, I lost my grandma to cancer. Her battle with cancer had been ongoing for some time, but over the span of just a few days her health began rapidly declining and suddenly she was gone. Roughly two and a half months have passed, but I know I am still only at the beginning of what will be a very long grieving process.

The suddenness of my grandma’s death is just one component of what’s made losing her so difficult. At the foundation of it all is my intense love for her. Added to that is the birth of my son just a few months prior, who she was only able to meet once. Then there’s her role as the matriarch of our family who brought us all together in a sense. And also making her loss impossibly hard is the fact she was the most selfless, down-to-earth, hilarious, talented, and one-of-a-kind woman I’ve ever known.

I’ve always dreaded the day I’d lose a grandparent, but have felt that dread even more strongly since becoming an exvangelical. Ever since beginning the process of deconstruction, I’ve apprehensively tried to imagine how I would possibly handle death when it inevitably showed up in my life. In fact, the very last string keeping me attached to any semblance of my Christian faith was the assurance of being able to see my deceased loved ones again in heaven. But not even the assurance of heaven was enough to keep me from continuing to wholeheartedly pursue where my deconstruction journey led.

As a Christian, I had a roadmap of sorts for navigating grief. Now, I feel tasked with forging my own entirely individualistic path through grief. Here’s a look into one exvangelical’s thoughts so far as she stumbles through the grieving process without religion as her guide.

1. I am still allowed to hope I will somehow encounter my grandma again.

In reality, no one knows for sure what happens after the physical body dies. My Christian faith once told me with certainty I would see my family and friends again after death in heaven, so long as they believed in Jesus. It was not easy once I began deconstructing to face the real (and most probable) possibility that once the body dies, there is nothing. Even having spent a lot of time thinking about this, my grandma’s death has still stirred up a deep, almost desperate desire to hope in the chance of crossing paths with her again.

2. I understand my hope to see my grandma again is rooted in my pain, not in reason.

Since deconstructing, I’ve wondered if losing someone I love would drive me back toward Christianity. But having come this far in my deconstruction, I can’t so easily turn my back on all the grueling work it’s taken to get to this point. As much as I want at times to believe I will for sure see my grandma again, to do so wouldn’t be honoring the truth of my deconstruction. I’ve arrived at the conclusion that no one religion has THE absolute truth, including the truth about what happens after we die. To revert back to believing the Christian narrative of the afterlife would be a move made out of emotion, not honest evaluation. Anthony Magnabosco, who practices street epistemology on YouTube, tries to get people asking the question “Why do I believe what I believe?” I’ve strived to maintain that same level of objectivity even in the middle of the grieving process by asking a slightly different version of that question: “Why do I WANT to believe this certain thing to be true?” The answer I keep finding? To cope with a crushing amount of pain in a situation I cannot change.

3. I’m open to exploring new views of life after death.

For the majority of my life, the teachings of evangelical Christianity exclusively determined what I thought about death and what comes after it. I’ve previously judged those who didn’t ascribe to what I was taught to be the “right” view, and felt very uncomfortable hearing stories of near-death experiences that didn’t align with what Christianity told me death was supposed to be like. When I began deconstructing my faith and laid aside the belief of spending eternity in heaven, I didn’t feel a need to replace that view with something else or find definite answers to what happens after we die. Because my former belief system barred me from exploring what other views are out there (the only exception being to judge and/or convert people to my view), I feel a new freedom to look into other ideas as I process this loss. So far, that’s looked like watching interviews of individuals who have had near-death experiences and looking into research on near-death experiences. I also plan on visiting a psychic for the first time with a few other family members in the near future. While I still am not looking for definite answers, I’m embracing this newfound openness as part of my unique grieving process.

4. Believing I’ll see my grandma again someday in heaven isn’t the only way to cope with her loss.

If I were raised in a belief system that didn’t include any promise of an afterlife, how would I be dealing with my grandma’s death? It turns out there are other ways to find a sense of comfort. Even though she’s not physically here anymore, I’ve still established a sort of connection to her through our shared creative abilities, specifically drawing and knitting. I was fortunate enough to inherit some of her artwork, as well as her entire collection of knitting materials. I was able, using a pair of her needles and yarn from her stash, to knit a blanket for a great-grand baby of hers due this year that she won’t be able to meet. I write notes to her on my phone sometimes when I find myself wishing I could talk to her. My grandma was my biggest fan, especially of my piano music, and I’ve decided to begin writing music that expresses what her loss has felt like to me. While the reassurance of seeing her in heaven someday would be comforting, I’ve found a lot of ways to tangibly find comfort in the here and now—no religion required.

5. I realize I could benefit from professional help dealing with my grief.

Since my grandma died, my mental health has really been struggling. There’s a noticeable uptick in my anxiety level, and I’m dealing with a lot of intense emotions on an almost daily basis. Not to mention this is, as I said, my first major loss without having a religious faith to fall back on. I’ve begun looking at options for counseling and hope to work with someone who’s experienced in addressing issues of grief and loss. To practice what I preach, there is no shame in admitting you need help and taking the steps to reach out for it.

If you’ve made it this far, I am so grateful you’ve given me space in your day to share some of what it’s been like since entering this new territory of loss. As an exvangelical, I’ve been helped a lot by reading how others in this community have experienced and coped with losing a loved one, and I hope my experience thus far can be helpful to someone else out there in a similar way.

Whether you’re deconstructing or not, there is no right way to grieve. However, to anyone else experiencing a loss for the first time on the other side of faith, you are not alone. Find what is helpful specifically for you through this process, and give yourself permission to let go of anything that is not. Hang in there, friend, and I’ll keep trying to hang in there, too.