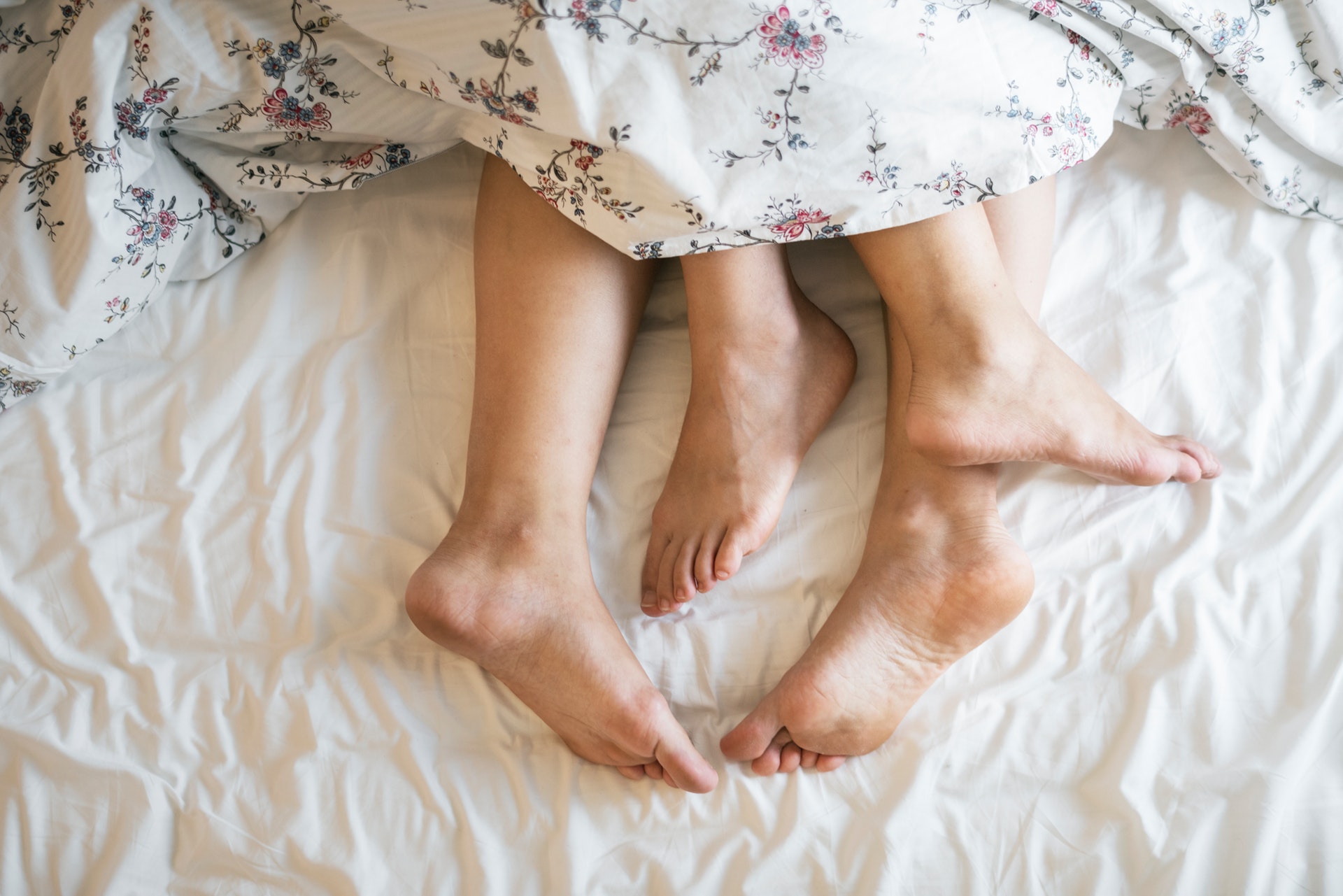 There are five of us in my circle of friends from college. For four years, we were there for each other through every major academic decision, every breakup with a boyfriend, and every existential crisis. We held each other, read the Bible and prayed together (that’s what you do when you meet in Christian college), and had more late-night dorm room heart-to-hearts than I can recount.

During those college days, we fantasized as many females do about our future weddings, who we’d marry, which one of us would get married first. Naturally, those girly wedding day conversations would transition into us virgins giddily talking about our wedding nights and what we thought sex would be like. Sex felt almost too taboo to talk about as young Christian women, except for the fact we only ever discussed it within the context of marriage — which, according to the culture of biblical dating at our university, deemed it appropriate.

Although our visions for our ideal weddings differed, saving sex for marriage was one thing we all mutually agreed upon.

When the first of my friends got married a few months after graduation, I missed “the talk” where she divulged the details about her first time. The second of our group to tie the knot got married the following summer. It was no secret to any of us she’d struggled to stay “pure” with her fiancé during their engagement, and the rest of us secretly gossiped about their lack of appropriate boundaries prior to the wedding.

The last person I would’ve suspected from our group to ever abandon her views against premarital sex was me, which is why I was totally shocked when I did just that and had sex with my boyfriend. Naturally, I wanted to immediately text my friends about this major event that had just happened in my life. I wanted to tell them how it hadn’t hurt, and how I didn’t bleed like we all feared would happen our first times. I wanted to explain why I changed my mind and decided not to wait until I was married.

Instead, the next day I wrote a journal in the solitude of my bedroom about how terrified I was of my friends’ judgment if they ever found out I had given away my virginity to someone who wasn’t my spouse.

That fall, a few months after my second friend’s wedding, we all met up for a girls’ weekend. We sat around a wood-paneled living room drinking moscato while the newest Mrs. of our group told us about what married life was like. She and our other married friend began bonding over being wives, particularly their sex lives — what birth control they were using, what a pelvic exam was like, and how one of them had recently had a pregnancy scare.

I listened quietly while, internally, I was vibrating with thoughts. I was on the birth control pill and loved it. I’d had a pelvic exam and it wasn’t bad at all. And I had freaked out when my last period was a few days late, and even took a home pregnancy test to confirm it was nothing. All these things were burning inside me to say, yet to do so felt like releasing them into an atmosphere unfit to sustain them.

For the first time since we met freshmen year, I felt like I had to hide my true self away from my closest friends, and it was the most uncomfortable and shameful feeling ever. I realized then that unless I was asked point-blank, I would not be able to talk to my Christian friends about having sex until I was married. I’d outgrown the appropriate Christian boundaries to talk about sex within.

Although opportunities have come up, my friends have rarely confronted me about my sexual choices. When I chose to share a hotel room with my boyfriend, and later when we decided to move in in together, it was my spiritual wellbeing they expressed concern for. Their opinions about my sexual decisions however, for whatever reason, have remained largely unspoken, perhaps for the better. (The gossip though, I imagine, was probably flying.) While I never imagined there coming a time we couldn’t share everything with each other, I’ve learned sometimes boundaries — even in close relationships — can be healthy and necessary.

This month, I became the third of my friends to walk down the aisle and get married. They still don’t know definitively that I had premarital sex, or that I’ve had a lot of sexual shame to sort through from my days as a purity-obsessed Christian. Now that I’m married, however, I feel a sort of unspoken permission to finally be open about my experiences should the topic ever come up in the future.

If I could have had it any way, I wish I could’ve felt safe enough to tell my Christian friends I decided to have sex before marriage.

I don’t believe sexuality should be a taboo or divisive topic, especially not in what are supposed to be loving, caring relationships. I’m sad for the ways I’ve felt I’ve had to separate from my tribe because of my divergent beliefs and for the tension it inevitably caused between us. Maybe my friends would’ve been more accepting if I’d put my fears aside and told them my truth. Maybe it’s my fault for not giving them that chance to disprove my fears.

Even though our personal values have morphed and diverged since college, I still love and respect each of my beautiful friends. I don’t have to agree with their views of religion or sexuality in order to still listen and support them, just as they don’t have to agree with all my decisions in order to still show up and support me at my wedding (which they enthusiastically did). As a new sense of normalcy is being reestablished between the five of us, my hope is that in me my friends will always find an affirming and empathetic friend to confide in.

Especially when it comes to sex.

Why is it normal, even expected, for one to grow o

The past month of my life summarized:⁣ ⁣ My vi